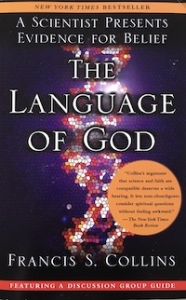 The impoverished village of Eku lies in the delta of the Niger River, near the crook in the elbow that makes up the western coastline of Africa.  It was there that I learned a powerful and unexpected lesson.

I had traveled to Nigeria in the summer of 1989 to volunteer in a small mission hospital, in order to provide an opportunity for the missionary physicians to attend their annual conference and recharge their spiritual and physical batteries. My college-age daughter and I agreed to go on this adventure together, having long been curious about life in Africa, and having harbored a desire to contribute something to the developing world. I was aware that my own medical skills, dependent as they were upon the high-tech world of an American hospital, might be poorly matched to the challenges of unfamiliar tropical diseases and little technical support. Nonetheless, I arrived in Nigeria with an expectation that my presence there was going to make a significant difference in the lives of the many I expected to care for.

The hospital at Eku was unlike anything I had experienced. There were never enough beds, so patients often had to sleep on the floor. Their families often traveled with them and took on the responsibility of feeding them, since the hospital was not able to provide adequate nourishment. A wide spectrum of severe diseases was represented. Oftentimes patients arrived at the hospital only after many days of progressive illness. Even worse, the course of disease was regularly compounded by the toxic ministrations of the witch doctors, to which many Nigerians would first go to help, coming to the hospital in Eku only when all else failed. Hardest of all for me to accept, it became abundantly clear that the majority of the diseases I was called upon to treat represented a devastating failure of the public health system. Tuberculosis, malaria, tetanus, and a wide variety of parasitic diseases all reflected an environment that was completely unregulated and a health care system that was completely broken.

Overwhelmed by the enormity of these problems, exhausted by the constant stream of patients with illnesses I was poorly equipped to diagnose, frustrated by the lack of laboratory and X-ray support, I grew more and more discouraged, wondering why I had even thought that this trip would be a good thing.

Then one afternoon in the clinic a young farmer was brought in by his family with progressive weakness and massive swelling of his legs. Taking his pulse, I was startled to note that it essentially disappeared every time he took in a breath. Though I had never seen this classic physical sign (referred to as a “paradoxical pulse”) so dramatically demonstrated, I was pretty sure this must mean that this young farmer had accumulated a large amount of fluid in the pericardial sac around his heart. This fluid was threatening to choke off his circulation and take his life.

In this setting, the most likely cause was tuberculosis. We had drugs at Eku for tuberculosis, but they could not act quickly enough to save this young man. He had at most a few days to live unless something drastic was done. The only chance to save him was to carry out a highly risky procedure of drawing off the pericardial fluid with a large bore needle placed in his chest. In the developed world, such a procedure would be done only by a highly trained interventional cardiologist, guided by an ultrasound machine, in order to avoid lacerating the heart and causing immediate death.

No ultrasound was available. No other physician present in this small Nigerian hospital had even undertaken this procedure. The choice was for me to attempt a highly risky and invasive needle aspiration or watch the farmer die. I explained the situation to the young man, who was now fully aware of his own precarious state. He calmly urged me to proceed. With my heart in my mouth and a prayer on my lips, I inserted a large needle just under his sternum and aimed for his left shoulder, all the while fearing that I might have made the wrong diagnosis, in which case I was almost certainly going to kill him.

I didn’t have to wait long. The rush of dark red fluid in my syringe initially made me panic that I might have entered the heart chamber, but it soon became apparent that this was not normal heart’s blood. It was a massive amount of bloody tuberculous effusion from the pericardial sac around the heart.

Nearly a quart of fluid was drawn off. The young man’s response was dramatic. His paradoxical pulse disappeared almost at once, and within twenty-four hours the swelling of his legs rapidly improved.

For a few hours after this experience I felt a great sense of relief, even elation, at what had happened. But by the next morning, the same familiar gloom began to settle over me. After all, the circumstances that had led this young man to acquire tuberculosis were not going to change. He would be started on TB drugs in the hospital, yet the chances were good that he would not have the resources to pay for the entire two years of treatment that he needed, and he might very well suffer a recurrence and die despite our efforts. Even if he survived the disease, some other preventable disorder, born of dirty water, inadequate nutrition, and a dangerous environment, probably lay not too far in his future. The chances for long life in a Nigerian farmer are poor.

With those discouraging thoughts in my head, I approached his bedside the next morning, finding him reading his Bible. He looked at me quizzically, and asked whether I had worked at the hospital for a long time. I admitted that I was new, feeling somewhat irritated and embarrassed that it had been so easy for him to figure that out. But then this young Nigerian farmer, just about as different from me in culture, experience, and ancestry as any two humans could be, spoke the words that will forever be emblazoned in my mind: “I get the sense you are wondering why you came here,” he said. “I have an answer for you. You came here for one reason. You came here for me.”

I was stunned. Stunned that he could see so clearly into my heart, but even more stunned at the words he was speaking. I had plunged a needle close to his heart; he had directly impaled mine. With a few simple words he had put my grandiose dreams of being the great white doctor, healing the African millions, to shame. He was right. We are each called to reach out to others. On rare occasions that can happen on a grand scale. But most of the time it happens in simple acts of kindness of one person to another. Those are the events that really matter. The tears of relief that blurred my vision as I digested his words stemmed from indescribable reassurance—reassurance that there in that strange place for just one moment, I was in harmony with God’s will, bonded together with this young man in a most unlikely but marvelous way.

Nothing I had learned from science could explain that experience. Nothing about the evolutionary explanations for human behavior could account for why it seemed so right for this privileged white man to be standing at the bedside of this young African farmer, each of them receiving something exceptional. This was what C. S. Lewis calls agape. It is the love that seeks no recompense. It is an affront to materialism and naturalism. And it is the sweetest joy that one can experience.

In years of dreaming of going to Africa, I had felt the gentle stirrings of a desire to do something truly unselfish for others—that calling to serve with no expectation of personal benefit that is so common to all human cultures. But I had let other, less noble dreams get in the way—the expectation of receiving admiration from the Eku villagers, the anticipation of applause from my medical colleagues back home. Those grand schemes were clearly not happening for me in the gritty reality of impoverished Eku. But the simple act of trying to help just one person, where my skills were poorly matched to the challenge, turned out to represent the most meaningful of all human experiences. A burden lifted. This was true north. And the compass pointed not at self-glorification, or at materialism, or even at medical science—instead it pointed at the goodness that we all hope desperately to find within ourselves and others. I also saw more clearly than ever before the author of that goodness and truth, the real True North, God himself, revealing His holy nature by the way in which He has written this desire to seek goodness in all of our hearts.

This excerpt is from The Language of God: A Scientist Presents Evidence for Belief by Francis S. Collins. Copyright ©2006 by Francis S. Collins. Reprinted by permission of Simon & Schuster, Inc. All rights reserved. Dr. Collins is a physician and scientist who headed the Human Genome Project for the USA, and who is now the Director of the National Institutes of Health.

The Story of a Pilgrimage by Michael Ford