Virgil Michel (1890–1938) was an American Benedictine monk, theologian, and philosopher at the center of the Liturgical Movement in the United States during the early 20th century. While he is remembered primarily for his work on liturgy and his contributions to the liturgical journal Orate Fratres (which he co-founded), he is less remembered for his social thought.

Alongside his work on liturgy, Michel wrote extensively on capitalism, cooperation, ownership, and participation from a radical Christian standpoint. For Michel, Christianity without a social theory was worse than useless: it was incomplete. A surface-level understanding of capitalism and good intentions would not suffice. It was necessary for Christians to understand the capitalist social order on a deeper level—not merely to reform it, but to overcome it in practice and to replace it with a social order based on participation and cooperation. Virgil Michel’s social theory is as relevant today as it was in the early 20th century.

Capitalism and the Human Person

Michel’s social theory relies on a fundamental anthropological insight that structures his entire critique of the capitalist social order: man is an inherently social being. Starting from this insight, and striking a tone very similar to Marx, Michel attacks the notion of man “as an abstract citizen or political animal, apart from all social aspects of being” (The Basic Soundness of Co-operation, 1939). A social order based on this conception of the human person necessarily does violence to God’s image. For Michel, by “individualizing” man, capitalism actually paradoxically engages in his “depersonalization”: “the reduction of man to a mere cog in a machine,” as he put it in his introduction to Emmanuel Mounier’s A Personalist Manifesto in 1938. This depersonalization denies the basic biblical truth found in Genesis 2:18, namely that “it is not good for man to be alone.” Thus, the ethical basis of Michel’s critique of capitalism is based on the recognition of the destructive and alienating effect it has on the human person and his inherent sociality.

In his 1936 pamphlet Critique of Capitalism, Michel puts this ethical critique into action. He writes that “an economic system must stand or fall by its attitude on the true values of human existence and by its being a successful means for the attainment [of those values].” How does capitalism, in Michel’s estimation, fare according to this standard? In his view, it denies human values by negating a person’s sociality, by separating the working class from its means of production (and thus its participation and management in production), by the increasing rationalization of social life, and by imposing the primacy of private property on society.

Likewise, capitalism for Michel denies human values—everything that pertains to the human essence—by replacing cooperation between men, which is the “the general law of reasonable animals, the law of humankind,” with the struggle for existence. This “free-for-all struggle among men” is intrinsic to both the “spirit” and practice of capitalism, and, in Michel’s view, is a total and comprehensive denial and suppression of man’s social essence, which necessarily tends towards cooperation.

In a second 1936 pamphlet, Nature of Capitalism, Michel describes another way that capitalism attacks human values and flourishing: by “the separation of the workman from his tools and his workshop.” In fact, the production process of capitalism has developed to such a degree that the “extreme division of labor has separated the individual from all contact with the whole product in its finished form . . . as it has separated the laborer altogether from personal attachment to the tools he works with.” This results in what the Marxist theorist György Lukács calls reification, whereby the end-product of one’s labor ceases to be viewed as an extension of one’s creative activity and instead becomes an entirely extrinsic object. As Lukács observes, this separation results in “the finished article cease[ing] to be the object of the work-process . . . [and it] denotes a break with the organic, irrational and qualitatively determined unity of the product” (History and Class Consciousness, 1923). Thus, the radical separation of the worker from his tools and his creation that Michel and Lukács both describe strikes at the very heart of what it means to be a creative, active, human subject. 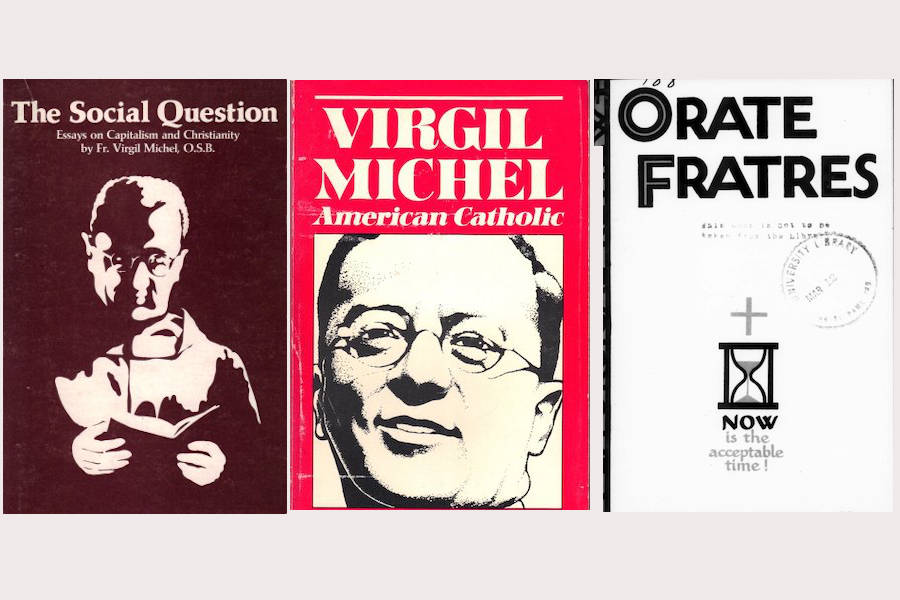 For Michel, the alienation which is intrinsic to capitalist production also operates on another level. Man is not only separated from his tools, from the means of production, and from his creation—he is also dominated by them as well. Drawing upon the work of the Catholic philosopher Peter Wust, Michel argues in Critique of Capitalism that “the machine separates man . . . from his own personal nature. Man dominates his tools even while he is limited to definite procedures by their use. But the machine dominates man once it has been set in motion.” Under capitalist production, the relationship between man and things is inverted.

The inversion of the proper relationship between man and things can also be seen in the way that capitalist society conceives (in theory and in practice) of property rights. While Michel did not lay the blame on property as such, he recognized that capitalist society treated private property as sacrosanct and total. As he puts it in Nature of Capitalism: “There is no doubt that de facto the supreme right in our civilization is the right of property, or private ownership”. Private property has become so prominent that “many . . . think our entire civilization . . . is threatened . . . the moment anyone attacks the institution of private ownership as it has developed and . . . functions in our time.” The result of this supremacy of private property, Michel notes in his pamphlet Labor and Industry, is that “in the present system the profits all go to the passive owners”. Under a system of absolute private property, “the rule that the product of labor belongs to those who do the work” is constantly violated. The priority of the human person over property is denied.

Prior to everything else, Michel believed that the true foundation of a new social order was Christ. If the capitalist social order was pagan—that is, focused entirely on the preservation of oneself to the exclusion of higher ethical and spiritual values—then the new social order had to be based, at least in its spirit, on Christ and on the “Christian principle of the solidarity of mankind,” as he phrased it his pamphlet Ideals of Reconstruction. Following this principle, the new society would overcome the alienation, individualism, and division which exists under the present social order by replacing it with a society based on the development of human personality and communion among persons.

Against the “free-for-all struggle among men” which Michel believed characterized the capitalist social order, he proposed that a new social order “must in its structure and its functioning reflect the organic nature of man and of society.” Michel did not advocate for a reactionary return to some idyllic pre-capitalist past, nor a kind of totalitarian “organic” state. Instead, the new social order would be organic insofar as it was based not on competition or external imposition, but on the free participation and cooperation of human subjects. Thus, a form of decentralized, self-managed, bottom-up planning would replace the anarchy of capitalism. Nonetheless, economic planning could not be imposed from above. Instead, Michel argued, “planning must . . . as far as possible arise from within the individual industrial groups, themselves organized according to the ideals of Christian solidarity.” This organic form of planning would therefore overcome the anarchy of capitalism while also avoiding the bureaucratic planning of the totalitarian state.

The new social order would also reunite the worker with his tools and means of production. It would make it such that, in the workplace, “the human agents of production [would] also [be] the owners of the materials on which they work and of the instruments with which they do their work.” Or, said more succinctly, this new social order would put into practice the old slogan that “the land [should go] to those who work it”.

Similarly, the relationship between machines and men would be transformed radically under a new social order. Machines would no longer dominate men by structuring their work. Instead of being governed by a kind of autonomous technical rationality (whereby workers are integrated into the rhythm of machines and not vice-versa) “work, however mechanical,” would “become . . . a source of satisfaction or joy [and] a source of self-realization”. In other words: instead of the mechanization of human persons, production would require the humanization of machines.

Virgil Michel’s vision of a society beyond capitalism, based on the primacy of the human person, cooperation, and democratic self-management, allows Catholics to imagine a future distinct from both the “democratic” capitalism proposed by Catholics on the center-left and right and the restorationist visions on the Catholic extreme right. (It should be noted in passing that his vision shares much with the tradition of anarchist, decentralized, or “libertarian” forms of self-managed socialism—the socialism “from below” which Hal Draper describes in his The Two Souls of Socialism.) Alongside his positive vision of a new society, his social theory and critique of capitalism should inspire Catholics to gain a deeper understanding of our reigning social order and its effect on human life and sociality so as to overcome it with an authentically Christian and human alternative. ♦

Gregory Fox is an independent researcher based in Virginia whose primary focus is the history of social, democratic, and liberal Catholicism in 19th- and 20th-century France.

Compassion and Connection by Chris Byrd
Scroll to top